Part two of my predictions for the showcase of the immortals. The more exciting part to predict let’s get started, shall we? 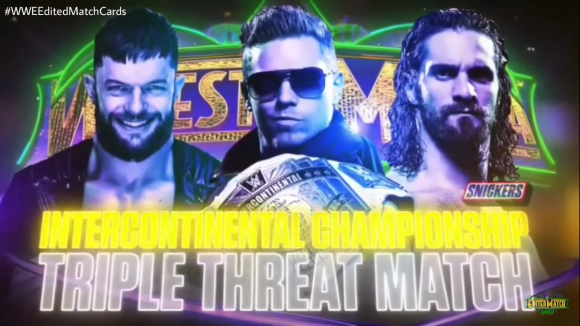 This should be a great match with three under-looked stars of WWE. This match was going to be Braun Strowman vs The Miz, but I 100% sure this is going to be much better. Miz has tried to make Balor and Rollins feud with each other however so far it hasn’t really worked. This is brilliant storytelling and I can tell the second the bell rings Miz is gonna jump or roll out the ring and let Balor and Rollins face off. I think the Miz is gonna retain. First of all Balor and Rollins can still be over with the fans without the title. Even though The Miz is great without the title, he’s even better with it. Secondly, I think WWE want him to be the accumulative longest reigning Intercontinental Champion.

Seems like Bryan is losing his first match back. How is McMahon gonna get cleared for this thing while suffering through diverticulitis is astounding to me, but he will apparently team with Bryan and be an easy patsy to take the pin, allowing Owens and Zayn to return to the company. If not, they will obviously just show up on Raw soon. I can see a heel turn coming. However, for me, it wouldn’t make sense to turn Bryan or McMahon heel. They’ve really backed themselves into a corner with this one. I’m not sure about this one but I’m going with Zayn and Owens. I can’t wait to see what happens in this one, because it looks like a recipe for disaster.

Will Charlotte beat the streak? Let’s be honest if someone is going to beat The Streak it has to be Charlotte. I guess you could say Rousey as well but for now let’s stick with Charlotte. Becky Lynch, no. Carmella, no ( i think she’ll move to Raw and cash in her money in the bank there). Sasha Banks, maybe if they do it right and that’s the same with Bayley. Anyway, I still think the only person, bar Rousey ready for Asuka is Charlotte, however, I don’t think she’s ready just yet. Asuka hasn’t been on the main roster for barely half a year and hasn’t had enough time for her to have top matches like she did in NXT.

So we all know Rousey and Angle are going to win. However, the question is will The Rock return to help. Personally, I hope he doesn’t because I want this to be a squash match on Rousey’s side of things. I want Steph to seriously fear Rousey in this match. Rousey should also get the pinfall over Steph. I wonder how this match will be played out.

Imagine if Undertaker doesn’t respond to Cena. Imagine Cena as a fan. I’m 80% sure that Taker is gonna turn up and he’s gonna beat Cena. Unlike Reigns, Cena doesn’t need the win and let’s be honest if Cena wins, firstly, Takers 23-3 record at Wrestlemania would be meaningless and secondly, Cena may get booed out of the building like Roman Reigns last year. Finally, Cena should continue this storyline with him not being able to win big matches like he used to. Hopefully, leading him into a storyline where he considers retiring, that could be interesting. 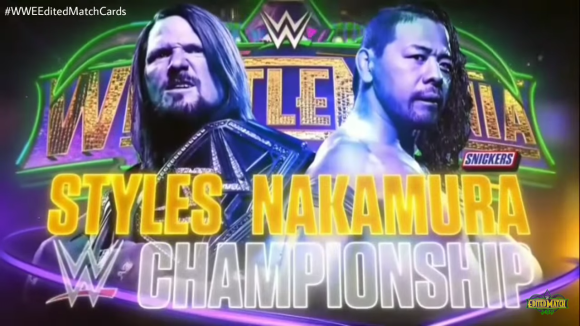 Man, I’m ready for this match. From NJPW, Nakamura has a 1-0 lead over Styles and I think Nakamura’s gonna make it 2-0. I’m not sure if it’s just me but I can’t see Styles beating Nakamura. This could be the match of the weekend if Aj and Shinsuke were allowed to put this together themselves.

We all know Reigns is gonna win and we all know Lesnar is leaving after his loss as well. Dana White even confirmed that two days ago. I feel like this match is gonna be a carbon copy of their match at Wrestlemania 31, obviously without a Money in the Bank cash in from Seth Rollins. Hopefully, Roman’s reign can be a short one and he can drop the title to someone else like Braun Strowman or Finn Balor.